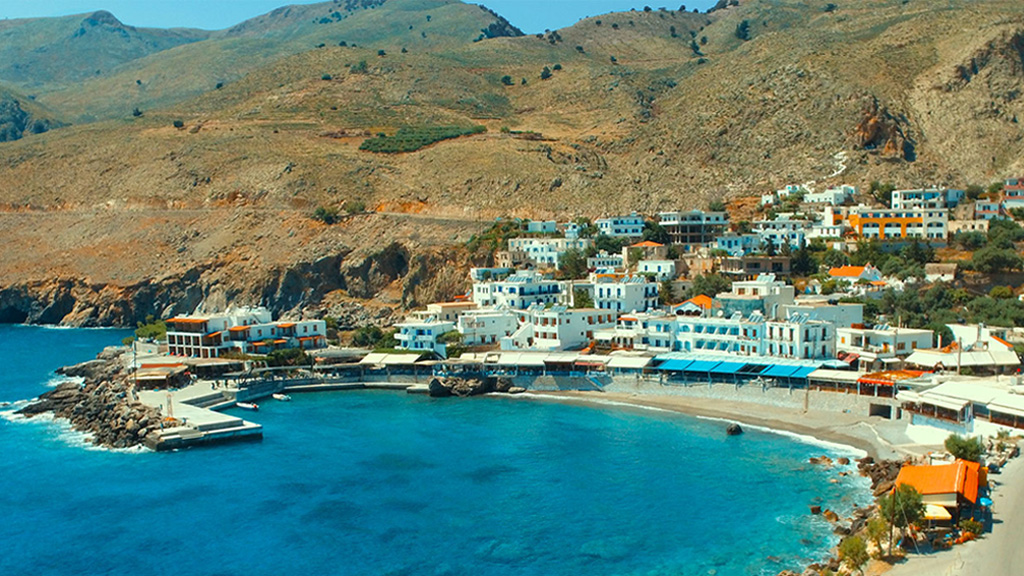 Chora Sfakíon or Sfakia is a town on the south coast of Chania. It is the capital of the remote and mountainous region of Sfakia, and is a small town of just 278 inhabitants (2001 census). It lies on the south coast near the end of the Imbros Gorge, 74 km south of Chania. It has two small harbours, where the ferry boats from Agia Roumeli dock, which in the summer bring the hikers from the Samaria Gorge to take buses back to the northern coast. From Chora Sfakion ferries also run to the nearby coastal town of Loutro and the island of Gavdos. Chora Sfakion is a small village with a main harbourfront of tavernas, two minimarkets, a butcher and a bakery. There is also gas station, phone services, ATM, post office, police station and pharmacy. There is a quiet local beach, called Vrissi, immediately west of the village, and several pebbly beaches nearby. The town offers a variety of tourist accommodation: rooms, studios and apartments. The local economy is based on tourism, fishing, olive oil production and sheep and goat herdering. Chora Sfakíon prospered during the Venetian and Turkish occupations and up to the 18th century carried on a flourishing trade with its own small fleet. It was said to have had a hundred churches but the town suffered badly from wartime bombardment during and after the Allied evacuation at the end of the Battle of Crete.