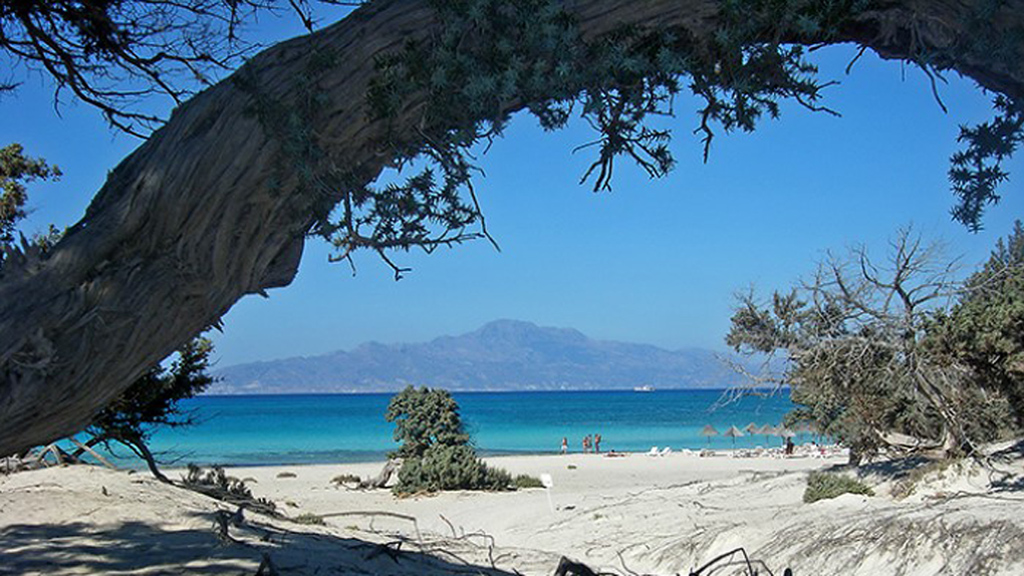 The Chrissi ”Golden Beach” is one of the 81 uninhabited islands of Crete and is approximately 8 nautical miles south of Ierapetra. No cars allowed! Locals call it “Gaidouronisi” (donkey island) or simply “Island”. The length of the island is 5 km and a width of 1 km the highest point is called Kefalas and with a height of 31 meters. This is an earthly paradise of golden beaches and white sands, crystal waters, olive cedar and countless small shells in many places on the coast! Throughout the length of the island, mainly in the center, there is a cedar forest with trees that exist there for over 200 years! West of the island there is the chapel of St. Nicholas was probably built in the 13th century, the salt lake that still has salt, the tombs of the Roman years, the lighthouse and the sleeve of the ancient harbor. The sea around the Golden beach is very rich in fossils on volcanic rocks, which are there since the island was submerged in the sea! Many of these fossils are still in the area around Chrissi. On the northern coast of the island, namely beaches Belegrina, Chatzivolaka and face to face, there is an enormous number of small shells which at first gives the impression of small pebbles. But when you put in your palm and look closely, you will see with surprise only small shells! Most of the coast swarmed with small shells! Those beaches are sunbeds and umbrellas for hire and a beach bar with snacks and refreshments. East of Golden, about 700 meters, is a small rocky island in Mikronisi. Please note that the distances below are till the port of Ierapetra.