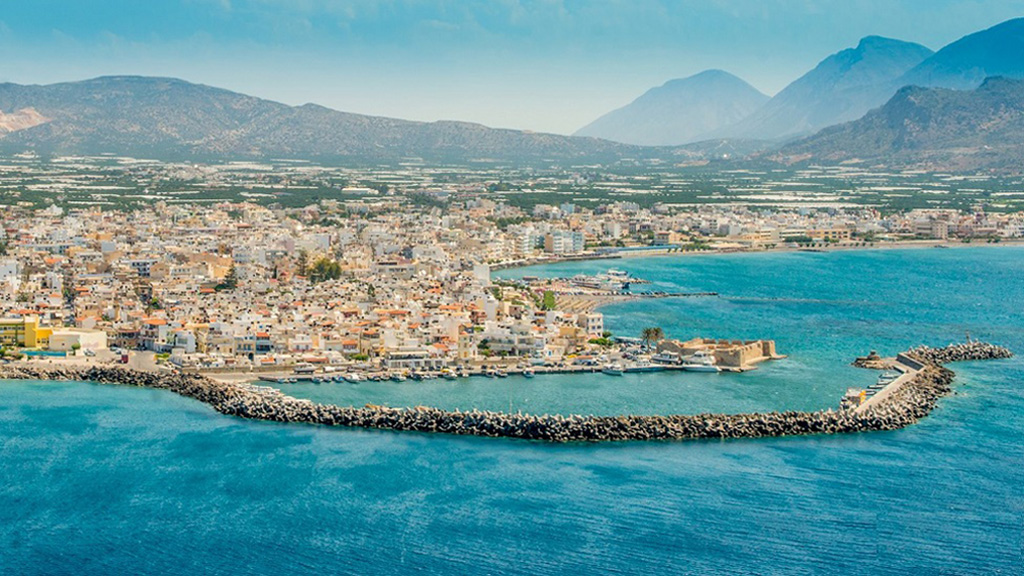 Ierapetra is in southeast Crete, in an extremely strategic position controlling the south coast of Crete and the Libyan Sea. Favoured both by position and by nature, Ierapetra has always been an important centre of the island. It has grown into the largest town in south Crete and a major tourist destination. When you visit it you will find a lively, active town – much more so than Agios Nikolaos or Sitia. Ierapetra, with around 13,000 inhabitants (2001 census), is a seaside town with an exceptional beach at its busy centre. What makes Ierapetra stand out is that it has the highest average of sunny days and the highest temperatures in Crete and Greece, with an annual average of 20 C. Ierapetra is a town which has everything in abundance, but the one thing you won’t need here is an umbrella, since it rarely rains. According to the experts, the mountains of West and Central Crete act as barriers, stopping the clouds on their way to Ierapetra. Ierapetra is one of the most fertile areas in Greece, and therefore one of the most productive. Its inhabitants mainly cultivate greenhouse fruit and vegetables, exporting them to many European countries. Ierapetra has many distinctions and claims even more: