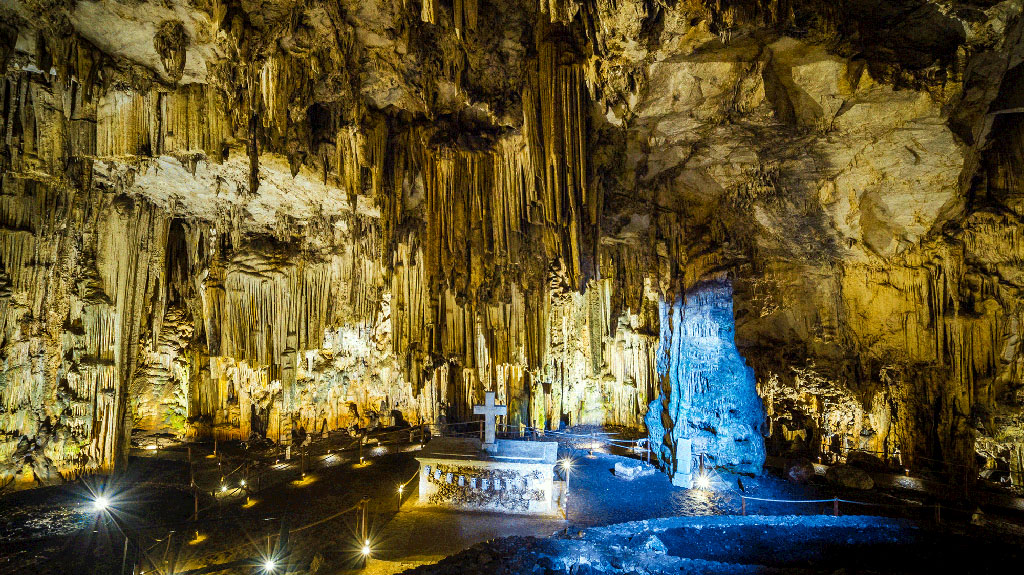 The Cave of Melidoni is about 1,800 meters northwest of the actual village of Melidoni and it is of big interest because of the archaeological finds, some of which are exhibited in the Archaeological Museum of Rethymnon. The cave Melidoni otherwise called “Gerontospilios” (the oldman Cave). He was one of the greatest worship caves, and a Minoan worship cave at the bronze period, giant Talos of Crete, who was in charge of the safety and protection of the island, according to mythology. It is very important from the archaeological and historical sided, since the Melidoni cave was a shelter for 370 women and 30 warriors, who try to escape the Turkish reign in October of 1823. Historical facts indicate that the Bay Hussein, encircling the cave, with his army, and called the Cretans to surrender. They refused of course and the Turks threw flammable materials from the top opening of the cave and put it on fired. In January 1824 Women and warriors, they left their last breath in the damp cave. The arched entrance to the cave welcomes us and leads us to the first room of the fabulous cave called “hall of heroes.” A complex of stalagmites begins and unfolds before us. After the main room we arrive in another huge hall with stalagmites and stalactites, creating a magnificent complex offering a fabulous sight to the visitor.