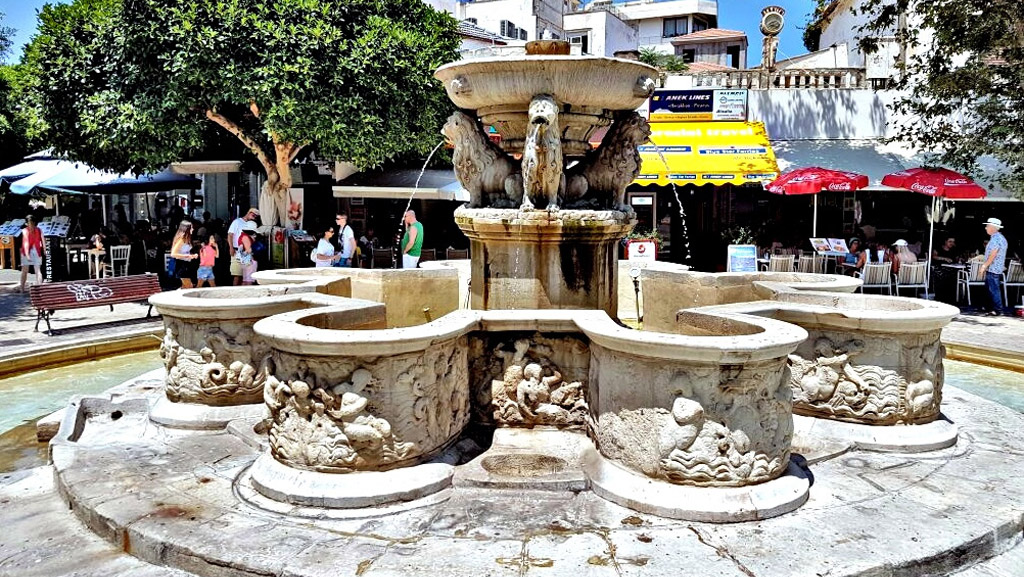 The Morosini Fountain located at Eleftherios Venizelos Square in the center of Heraklion, Heraklion, but for this name is unknown and is commonly referred to as the Square Lions or Lions for short. It is now one of the most important monuments of the city and is one of those who bequeathed it to the Venetians. Its construction was carried out by Francesco Morozini in 1628, which through a complex system of pipes brought water to the city from the sources of Archanes. From the mountain Giouchtas Arhanes, water arrived in Heraklion with a 15 km long pipeline. To complete the project took 14 months and was inaugurated on April 25, 1628, feast day of St. Mark, patron saint of Venice. The reservoir of the fountain is located on a circular platform and consists of eight lobes, which helped shape more people to fill their pitchers at the same time. In the center of the fountain sit four lions from their mouths running water. At the top of the fountain was a huge marble statue of Neptune Triainoforou( The man who carries a trident) as yet there is not remains today.