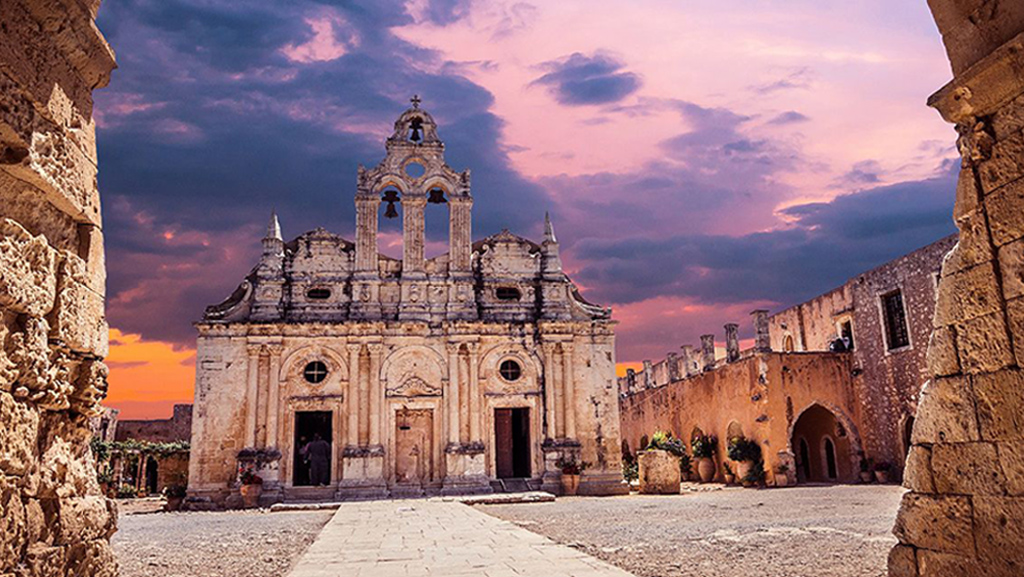 The monastery of Arcady is located about 70 kilometers from Rethymnon city and has a great history related to the Cretan revolution in 1866. When the monastery was build was just not accurate. It is said that according to tradition founded by Heraclitus and rebuilt by the Byzantine emperor Arcadius in the 5th century from whom it took its name. The monastery was founded by a monk Arcadius so it took the name “Arkadi monastery”. The Remains, however, are kept in the northwestern part of the enclosure. There is a story, which certifies that the original temple was dedicated to Saint Constantine. What is said by some travelers that the name of the monastery comes from the ancient city of Arcadia in Crete is wrong. Because this city was too far away from the area that the monastery of Arkadi builded. At the end of the 16th century (1587) was a renovation of the monastery and was built in the same position as in today. There is a museum inside the monastery with collections from Byzantine. In the main area there is dedicatory construction dedicated to the Cretan people who fight and died in this place.