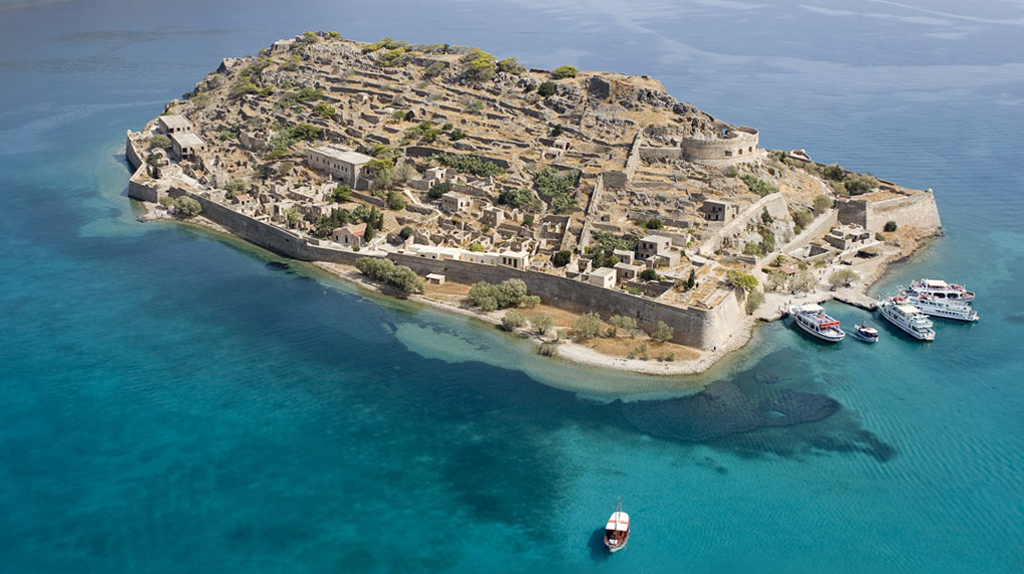 Spinalonga is a small island north of the gulf of Elounda in Lassithi. The ancients called Kalydon when the Venetians occupied called Spinalonga. The fortified and made sure to highlight the beauty of the island and the surrounding area. This is an excellent cosmetic fort that held up very well till today! In 1574 began the fortification of the Venetians because of the beginning of Turks raid. So they wanted to protect the island from invaders but they were also interesting in taking the salt of Elounda. In 1649 Crete was conquered by the Turks but Spinalonga remained in Venetian for 65 years, during which many rebels Cretans used the island as a refuge. A very important historical period for Spinalonga was the 50 years which used as a leper colony. From 1905 all the lepers of Crete moved to the island after their isolation in Miskinia in Heraklion. In 1957 after the discovery of antibiotics the leper colony of Spinalonga closed. After then the island filled each year by tourists and Greeks who want to see the beauty, the deep blue sea and the imposing amphitheater fortress. The beautiful streets and vacant homes and buildings that are there can transfer you to another era. Spinalonga can be reached by boat which leaves every hour from Saint Nicholas, Plaka and Elounda. The nearest route is from the Plaka village which is about 800 meters from Spinalonga.