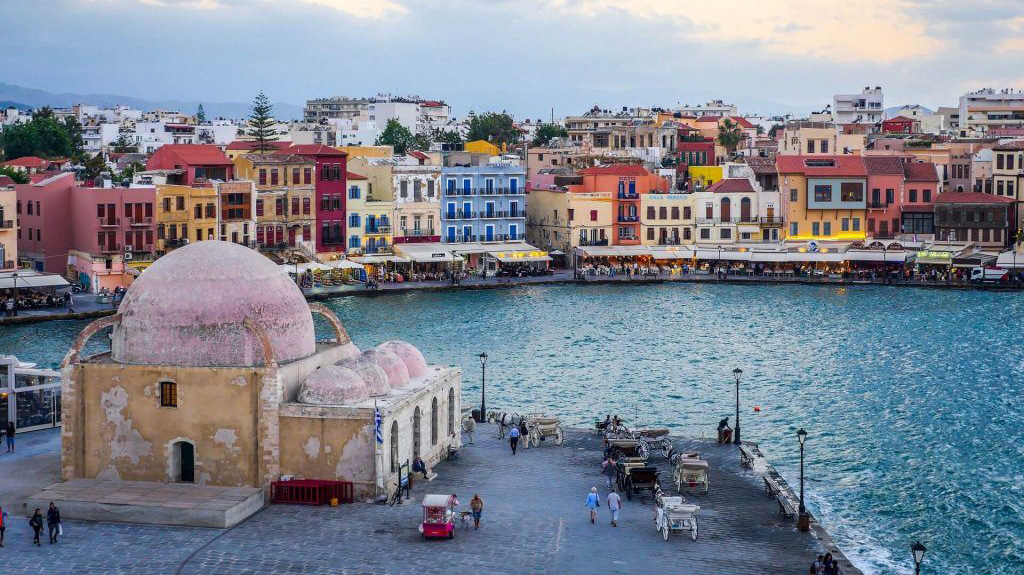 Think about the old Venetian harbour of Chania as the gemstone on the most priceless jewel of western Crete, called old town of Chania. It will amaze you whenever you visit it. The quay is the busiest part of the old town of Chania, filled with cafes, restaurants, bars, bakeries and other shops. However, the old Venetian harbour of Chania would have been just like another beautiful seaside tourist place, if there haven’t been preserved its monuments since the Venetian rule period (1252-1645), the Ottoman rule (1645-1898 ), and the years of the Egyptian domination (1831-1841) that occurred during the Turkish period. The harbor was built by the Venetians during their colonization in Crete and specifically between 1320 and 1356. It was an important center, serving the Venetian military ships, as well as one of the most important commercial ports of the Eastern Mediterranean Sea. In the 16th century, due to a perceived Turkish threat, the harbor was included to the new fortification plans of the city of Chania. A fort constructed next to the entrance of the harbour and enhanced with bastions even on the breakwater. During the period of the Turkish rule, the port continued to be a trade center. Much later, the19th – early 20th century, the largest ships at that time, had to anchor outside the harbor and reach the pier by boat. Thus, the port gradually abandoned and used the large natural harbour of Souda, which serves the passenger and commercial traffic of western Crete until today. On the other hand, the old harbour of Chania hosts small boats and yachts, in its eastern basin.