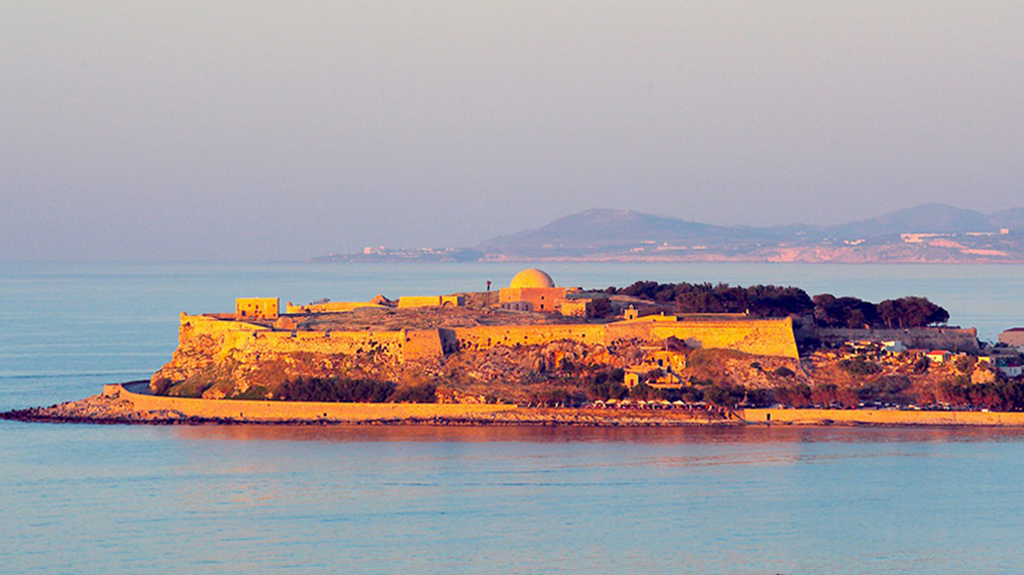 The famous Fortezza is the most prominent building in Rethymnon. It rises on a rock hill Palaiokastro on the west side of town and overlooks the picturesque Venetian port. On the Fortezza there was once an ancient temple of the goddess Artemis. After the terrible attack of Algerian pirates Ouloutz Ali in 1571, which gave the town of Rethymno literally on fire, the Venetians decided to fortify the city and the sea, and built the fortress Fortezza, the largest and most fortified castle that had built up then in Crete! The fortress was constructed for 15 years (1537-1588). The total length of the walls of the fort reaches 1307 meters and is reinforced with 4 bastions. The castle was not inhabited by locals ever: there remained only the Venetian governor and garrison. Above the fort was built public buildings, stores of ammunition, the barracks and a hospital. The Fortezza fell to the Turks on November 4, 1646. At the foot of the Fortezza now lies the old town with its picturesque narrow streets and Venetian buildings as well. From the fortress of Fortezza survive today the mosque of Sultan Ibrahim Khan with a large dome, the ruins of Government House, which was the residence of advisers “rector” (the Venetian prefect), the church of St. Theodore, tanks, circular angles and the walls, which in many places have been restored.