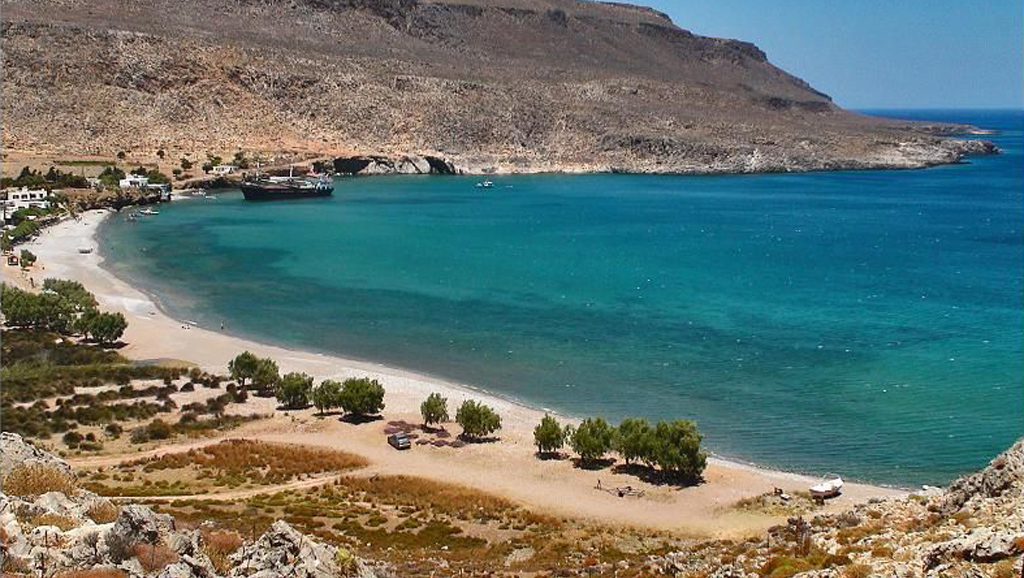 Kato Zakros is a traditional fishing village located 107km east of Agios Nikolaos and 40km east of Sitia. It is the picturesque harbor of Ano Zakros village (located 7km on the west), situated in a fertile valley with olive groves surrounded by rough mountains. The area is one of the most remote areas of Crete and is ideal for those seeking tranquility, away from the bustling daily life of cities; families will love it.Here you will find a small village with all the basic amenities, but do not look for luxury. The residents are mainly concerned with producing some of the best olive oil in the world. The area is full of archaeological sites, here is the famous Minoan Palace of Zakros (built around 1900 BC), because of this fact the village remains underdeveloped (building is limited). However, you will find some rooms, taverns, mini markets, pharmacy and petrol station. People in Zakros are very friendly and will make you feel like home. The beautiful beach on the edge of the settlement is formed within a large protected bay. It is mainly pebbly with some rocks in places and has wonderfully tranquil waters. It remains peaceful, even in August, and the rocky seabed is ideal for fishing. If you go in Kato Zakros, you must visit the famous wild Gorge of Zakros with the creepy name: Deads’ Gorge. It is named after the many Minoan graves found in its cavernous sides of the gorge. The canyon is easily accessible and hiking from Zakros village takes about two hours. The most famous site of Zakros is located near the exit of the imposing canyon. It is theMinoan Palace of Zakros, the fourth largest afterKnossos, Phaestus and Malia. It is the only palace left with its treasury not looted, offering several masterpieces of art to the archaeologists.